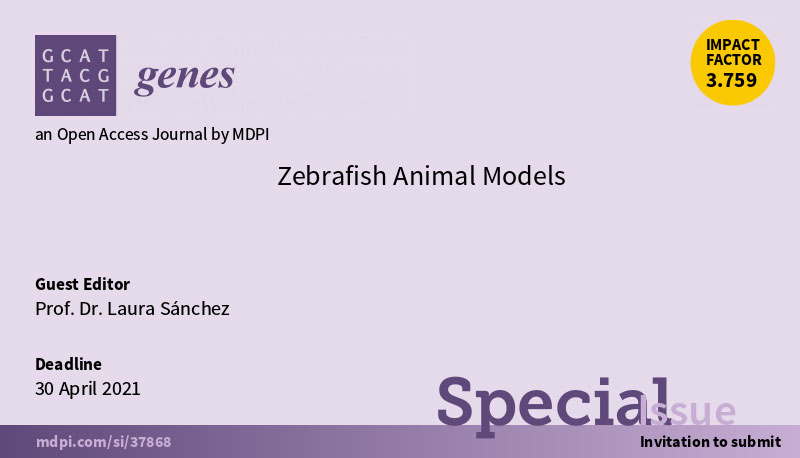 Congenital Disorders of Glycosylation (CDG) are a family of serious rare diseases, with a high complexity due to the variety of affected tissues and organs. They generally involve the central nervous system, the musculoskeletal, immune, digestive and endocrine systems, and coagulation. More than 150 different diseases are known within the CDG syndrome, which can show a variety of phenotypes (set of observable features in an organism). Approximately 170 patients have been registered in Spain, but most probably the real figure is much higher. For rare diseases, each patient is unique and requires a personalized treatment.

One “ultra-rare” variant, from which only 18 cases are described world-wide, is associated to a recessive mutation on gen RFT1. The majority of patients with this mutation demise prematurely or carry severe sympthoms such as psycomotor problems, epilepsy, hearing loss and digestive disorders.

One of the major constraints in the pursuit of the genes responsible for these rare diseases is the functional check, meaning the confirmation that certain changes lead to a certain disease. In the meanwhile, animal models are an useful tool for determining if one variant affects some process or functions related to a disease. Models are also an excellent tool for investigating the mechanism that triggers the disease, and for exploring possible treatments.

Zebrafish (Danio rerio) has proven to be essential for biomedical investigation as a model organism since, despite seemingly being too phylogenetically different from humans, there is a substantial homology with the human genome. Up to 85% of the genes that can induce diseases in humans are preserved in the zebrafish. Also, developing zebrafish models for studying genetic diseases is relatively easy. When the mutation associated to a certain disease is identified, it is possible to replicate it in the zebrafish, observe the associated symptoms, and determine the affected organs and systems through microscopic and molecular studies.

What is our goal?

Provided this, the main goal of our project is to develop, through CRISPR-Cas9 genetical edition technology, a zebrafish model useful for the study of “ultra-rare” diseases with extremely limited number of patients, for which the capability of a mutation to induce a disease needs confirmation. For such, a CDG subtype associated to a mutation in the RFT1 gene. From this point, a model will be available for studying the potential triggering factors, histologic, metabolic or physiological changes, and for testing specific treatments.

Only one patient with this mutation is known in Spain: Pelayo, a small two-year old superheroe who fights for carrying on and hopes for a small genetically modified fish to bring light to this disease and contribute to the pursuit of a treatment for affected children. This is not science-fiction! Several rare diseases have found a cure through similar strategies.

Who will benefit from our project?

This working methodology will be applicable to studying other CDG variants and other rare diseases. Research in this field will contribute to shed light on the fundamental mechanisms of glycosilation, which can also widely help to progress in the understanding of other common pathologies such as autoimmune diseases or cancer, among others.

Pelayo would also benefit, as the only known patient with this “ultra-rare” variant in Spainfighting for carry on at 2 years old, and other kids with the same disease.

Link to the project:

ZebraBioRes is involved in a translational project involving researchers from the CiMUS (Santiago de Compostela) and the HULA (Lugo's Hospital) in order to find therapies to treat glioblastoma, working with patient samples and performing xenograft in zebrafish to get insight in the mechanisms that are underlying this type or rare brain tumor.

Link to the interview (in Spanish):

Pancreatic cancer, specifically pancreatic ductal adenocarcinoma (PDAC), its nowadays one of the pancreatic tumors with the worst prognostic. It represents the fourth cause of death due to cancer, with a survival rate of 7-9% within the next 5 years since the diagnostic.

One of the factors that could explain this high mortality rate in this type of cancer and the inneficiency of the therapies applied to treat it, according to the researchers, would be one specific type of cancer cells known as cancer stem cells (CSC's). These cells are plastic and they have carcinogenic properties, apart from being chemoresistant and metastatic.

Zebrabiores group from the Veterinary Faculty (USC, Lugo) has participated providing the zebrafish as an in vivo model during the last 3 years in the research published in Nature Communications addressing the study of this type of cells in collaboration with the main group of the paper leaded by Dr. Bruno Sainz Anding (Instituto de Investigaciones Biomédicas "Alberto Sols" CSIC-UAM, Department of Cancer Biology) - https://sainzlab.com/

Our PhD Student Pablo Cabezas gave a talk in the i3s research center in Oporto by the invitation of Jose Bessa.

The title of the talk was "Zebrafish avatars: a new ‘tiny’ weapon against cancer?" being a summary of his PhD thesis in the last 4 years, presenting results related to the improve of the xenotransplantation technique, image analysis and proof of concept of the methodology developed in the previous stages.

We would like to thank Jose Bessa for the invitation at the i3s, the possibility of giving this talk and all the explanations and information about his group and warm welcome!

Ana Quelle Regaldie did a one month stay in June in the group of Isabel Silveira: “Genetics of Cognitive dysfunction” of the “Instituto de Investigação e Inovação” (i3S) of the University of Porto.  There, she learned molecular techniques of genetic edition to apply in her studies developing new zebrafish models of human diseases.

A month ago, PhD students Álvaro Arana and Carlos Coppel made a brief two-week stay in the José Bessa group, Vertebrate Development and Regeneration, of the Instituto de Investigação e Inovação of the University of Porto (i3S). There, they learned new molecular techniques to carry out their investigations and returned full of new ideas.

Many thanks to Jose Bessa and his team, we hope to meet again soon!

Traditionally, mutant organisms have been widely used in various areas of research in order to test the function of genes involved in different biological processes. Random mutagenesis, based on mutagens such as ENU, has been the most used method to generate mutations in zebrafish. With the emergence of directed genome editing techniques: TALEN, Zinc Finger (ZFN) and especially CRISPR-Cas9, the generation of mutants has undergone an unprecedented revolution. On the other hand, reverse genetics techniques, being morpholinos the most used in zebrafish, have been questioned by the scientific community for its off-target effects and its low phenotypic correlation with mutants. Thus, in the present study a bibliographic review has been carried out, compiling a series of data from the different mutagenesis techniques. The aim is to cross these data and to learn about the efficacy of each technique and compare it with the efficacy derived from morpholinos.

Last year, Pablo Cabezas got a grant from Fundación Barrié de la Maza to do a short research stay at Leiden's University (The Netherlands) in B. Ewa Snaar-Jagalska's group. This grant, together with his PhD Grant from Xunta de Galicia allows him to do a research stay for a total of six months in Leiden.

Now he is in the middle of the stay there, learning new xenotransplantation techniques and molecular cancer metabolism to apply them in our colaboration with Bruno Sainz from the UAM (Universidad Autónoma de Madrid) in pancreatic cancer, and when he gets back to our laboratory, to share them with the rest of the team.

See you in a few months, Pablo!

Congratulations to Carlha Gutiérrez, Mónica Otero and Laura Sánchez for obtaining the first award of IDEALUGO

Congratulations to Carlha Gutierrez, Monica Otero and Laura Sanchez for obtaining the first award of IDEALUGO

This award was given by El Progreso, Abanca, and the USC.

The project involves the creation of a company based on the exploitation of services created by researchers from our Group (ZebraBioRes).

The company will focus its activities on providing toxicity and efficacy assessment services for compounds, especially nanocomposites, in an innovative and recent model organism, the Zebrafish. This model has many advantages compared to other model organisms, offering our services a wonderful distinction to provide valuable information more quickly and low cost. In addition, as a short-term R & D plan, the company will offer anti-tumor efficacy trials (using xenotransplants in the zebrafish) to Oncology patients. These studies will provide patients with the possibility of knowing in a short time the most suitable antitumor for their condition.

She has the pleasure of meeting some of the most succesful researchers in cancer field over the world, and bring to our laboratory new ideas and projects to continue our zebrafish research.

In addition, Laura attended the congress with some of our colaborators like Bruno Sáinz, Gema Moreno and Rafael López.